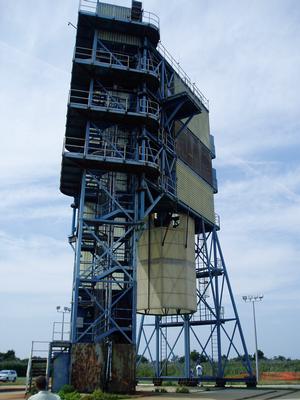 Wallops Island, VA
GMB teamed with Precision Grading Services, LLC to devise a method and sequence plan for the demolition of a tower on launch pad O-A at NASA Wallops Flight Facility. GMB performed a review of the structural framing drawings to determine the most efficient way to takedown and preserve critical tower equipment, while meeting the project’s tight deadline. Drawings were prepared to outline the proposed rigging and equipment to be used, as well as the sequence for felling the tower.

In September 2008 the plan was executed and the tower went down without a hitch!